Hype Energy is pleased to announce that they will be sponsoring, for a second year in a row, the promising drivers Kami Laliberté and Louis Gachot in the 2017 ADAC F4 Series.

For the 2017 season, the 17 year old drivers will run in the ADAC German Formula 4 championship, and on a few other occasions the Italian series in this same class. Throughout the season, the Hype Energy logo and MFP logo will appear on the racesuit and the helmet of the two drivers.

The Van Amersfoort credo of “Passion. Dedication. Tradition” is considered by Hype Energy as the perfect approach to give promising racing talents the support they need to achieve their dreams of becoming professional drivers. 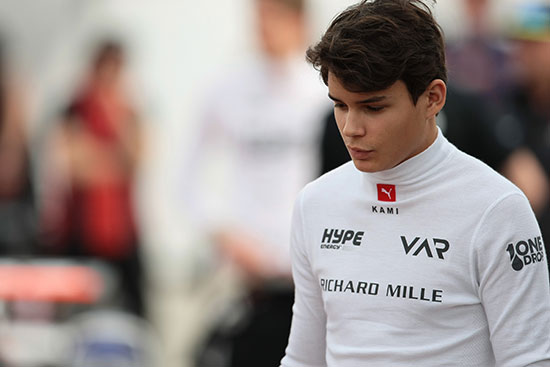 “There is no doubt that I am pleased that Hype Energy has chosen to support us again throughout our 2017 season on track,” says Kami Laliberté. ‘’I have had the opportunity to work last year with a group of great people marketing a product which is greatly enjoyed by my generation. Also, I know that they really appreciate motorsports, as illustrated through their association with Sahara Force India F1 team.”

Bertrand Gachot, CEO of Hype Energy Drinks: “Kami achieved excellent results in 2016 so it was a natural decision to keep supporting him. We are proud to sponsor young racing talents, especially from Montreal, as Hype Energy drinks will increase its presence in the Canadian market during 2017.”

Similarily, 17-year-old Gachot is an experienced F4 driver, making his debut in the French F4 championship two years ago. In 2016 Louis Gachot finished his season on a high, scoring his first ever championship point in ADAC F4 with a 10th place finish at the final race in Hockenheim. 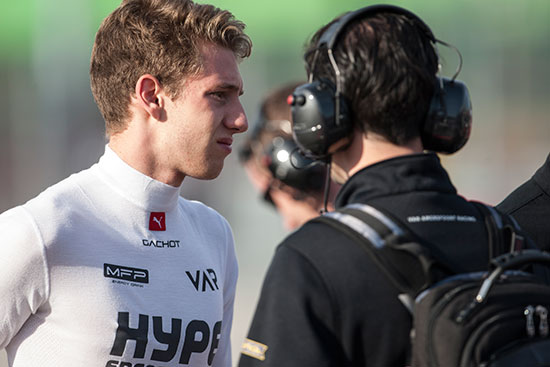 “Van Amersfoort Racing is the team to be a part of in the ADAC Formula 4. They were always competitive and won the driver’s championship in 2016, so I am looking forward to driving for them. Combined with my experience last season in F4, it is my goal to be a regular top 10 finisher this season,” said Louis.

Team Manager Jeroen de Jong added: “Louis was open for advice constantly and managed to use it on track, resulting in constant progression and performance. He is eager to find more speed and score good results as well.”

The season will start on 28 April at Oschersleben in Eastern Germany and will end 24 September on the legendary Hockenheimring. See you on the track!